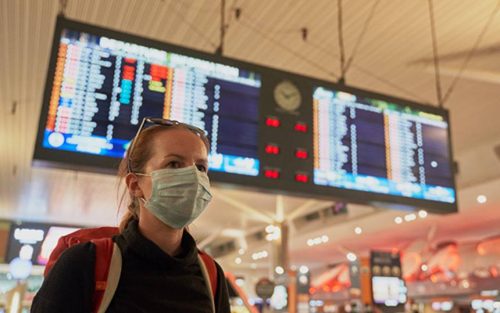 Those journeying to Europe for the first time since travel restrictions began to ease have faced a baffling array of different types of travel rules and advice – with each country across the continent emerging from the COVID-19 pandemic at different stages, which is delaying the recovery.

The uneven patchwork of COVID-19 national border restrictions and rules across a supposedly single Schengen zone is an obvious deterrent to cross-border movement.

Unnecessary and inconsistent border constraints are deterring travellers and suppressing the resurgence of Travel & Tourism. The sector’s return is urgently needed to regenerate destinations and act as a catalyst for the global economic recovery.

Consumer confusion over travel rules such as the wearing of face masks is evident. It is mandatory on public transport in some countries, such as France and Germany, but not in others such as Norway and Sweden. Meanwhile in Italy, masks must be worn in all enclosed public places whereas in Switzerland, for all enclosed public spaces other than on public transport, it is only a recommendation that people should wear masks if they can’t maintain a distance of 1.5 metres from others.

Medical advice, including from the Harvard T.H. Chan School of Public Health is clear that the use of face masks helps reduce the risk of transmission up to 90%, protects the user and those around them, as well as reintroducing a greater sense of normality for travellers.

However, WTTC warns that unless European governments make a greater effort to align their policies it will cause the fragile recovery to stutter and slowdown, putting 16 million jobs in Travel & Tourism at risk.

Gloria Guevara, WTTC President & CEO, said: “WTTC calls on all European heads of state to unite for the benefit of the millions of people who depend on this sector in Europe; both travellers and workers.

“It is urgent that governments learn from the past and take quick and effective action to coordinate and harmonise travel rules and border requirements to bring consistency for everyone across Europe. Previous crises, including the 2008 financial crash, shows where governments coordinate to align policies, their leadership resulted in a quicker recovery.

“We are encouraged to see that more travellers are spending time searching for holiday destinations across Europe following the easing of travel restrictions. Unfortunately, the lack of coordination among countries has created inconsistencies which means we are failing to rebuild the trust of potential travellers.

“Anyone travelling from one European country to the next faces a bewildering difference in travel advice, covering masks, testing and contact tracing which could seriously hinder the return of the Travel & Tourism sector.

“This climate of uncertainty for travellers and holidaymakers is the last thing they need at a time when the Travel & Tourism sector is crying out for consistency. The restoration of consumer confidence, during the most important season of the year in one of the world’s largest regions for Travel & Tourism cannot be understated.

“The time to work together is now. The Travel & Tourism private sector wants to work in partnership with governments and destinations using WTTC’s carefully devised Safe Travels protocols to bring clarity and wipe away consumer confusion.”

To align policies, governments need take into consideration more than just mortality rates. Wider country measures, including infection rates, the percentage of tests and contact tracing, the health system’s ability to cope with COVID-19 and the public’s acceptance of mask-wearing and observance of social distancing is also important.

The Travel & Tourism sector contributes a massive 9.1% of Europe’s GDP, worth US$2,018.2 billion to the continent’s economy. Last year, according to the WTTC Travel & Tourism Economic Impact Report 2020, the sector was responsible for 37.1 million jobs (9.7% of Europe’s total employment number).

WTTC has recently issued a ten-point Traveller Guideline for Safe & Seamless Travel including testing and contact tracing to ensure people can enjoy Safe Travels in the ‘new normal’.

The welfare of travellers and the millions of people working across the Travel & Tourism sector is central to WTTC Safe Travels protocols, which are backed by the United Nations World Tourism Organization (UNWTO) and thousands of businesses around the world.