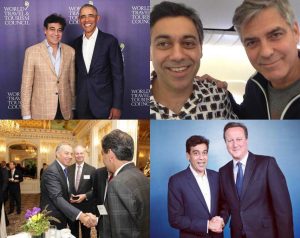 Bangkok (Thailand) – September 5, 2019 (travelindex) – The World’s 50 Best Restaurants publishes an annual list of the world’s finest restaurants selected by a panel of culinary experts. The restaurants receive their award during an annual awards ceremony.

When Deepak Ohri, the Chief Executive Officer of lebua in Bangkok, the world’s first luxury vertical destination, received an invitation to be included in a list at World’s 50 Best Restaurants he declined.

“There are lots of dining awards, and many of them aren’t credible when it comes to fine dining,” he says. Ohri showed us an invitation from The World’s 50 Best and his reply to the group declining to be included.

After some Michelin starred chefs returned their stars and refused to be included in the red guide, Deepak, for his fine dining restaurants at lebua, is the first to have decline inclusion or any other association with World’s 50 Best Restaurants.

Deepak Ohri is not like most other hotel executives; he is a visionary taking experiential luxury to a higher level by offering exclusive experiences at lebua. If Ohri is not speaking at Harvard Kennedy School or at IIM Bangalore to deliver keynote addresses he is rubbing shoulders with the rich and famous, from Barrack Obama and George Clooney to Tony Blair and David Cameron (see below).