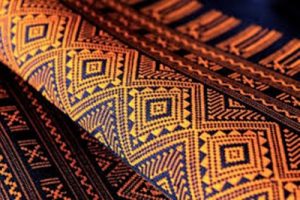 TAT also pleases both Thai and foreign travelers who love traveling around with the activities throughout August and September. The trip starts from traveling to the Northmost of Thailand to attend Akha swing tradition. The tradition is about paying gratitude to the grace of “Um Sa Yae” Goddess, Goddess of harvest. Local will celebrate for the fully grown fruits during that time. Enjoy with the Akha people from early August to late September at the Akha village in Chiang Rai >> Experience nature and music in the rain and create romantic life filled with color. Let’s fall in love with the rainy season altogether in the Raincoat Music Fest 2017 on 4th – 5th August, 2017, in Phetchabun Province >> Continue the activity on the important day of Thai people, Mother’s Day, HM the Queen Sirikit’s Birthday. Light the candles altogether on 12th August, 2017, in Bangkok and all over the country. >> For those who love cycling, do not miss the 16th Bhumibol Dam International Mountain Bike Competition. Meet cycling competition to win the trophies and a lot of prizes on 26th – 27th August, 2017 at Bhumibol Dam, Sam Ngao District, Tak Province. >> Travel to the Northeast, the land of civilization. Watch the amazing scenery at night in the event of “Marvelous Shrimp Marching (Viewing Nam Yuen shrimps and visiting Phu Jong)”. Ten thousand of shrimps will appear on the river at night. The event will be held from August – September, 2017, at Kaeng Lamduan, Nam Yuen District, Ubon Ratchathani Province. >> For those who love playing golf, do not miss Cha-Am/Hua Hin Golf Festival 2017. Meet the promotion that let you play golf in the international standard golf pitch at low price on everyday including holidays. The event will be held from August – September, 2017, at the golf course in Cha Am District, Phetchaburi Province, and Hua Hin District, Prachuap Khiri Khan Province. >> Before the end of August, there will be the event of “The 21st Thai international Travel Fair”. Meet airfares in discounted prices from many airline companies, start from 10th – 13th August 2017, at Queen Sirikit National Convention Center. >> Prepare to grab the bags for the tourism program in the “Thai Teaw Thai (TTT Fair)” the event that offers tourism packages in Thailand in economic prices. Prepare your wallet and see you on 31st August – 3rd September, 2017, at Queen Sirikit National Convention Center.

Continue the event in September with the activities prepared by TAT for the tourists to experience the cultural heritage of river. Do not miss the event of Long Boat Racing Tradition to win the royal trophy from His Majesty the King, the annual long boat racing tradition. The first race will be held from 2nd – 3rd September, 2017, in Nan River, Wat Tha Luang Royal Monastery, Muaeng District, Phichit Province. The second race will be held from 16th – 17th September, 2017, in Nan River in front of Wat Phra Sri Mahathat Woramahawihan, Muang District, Phitsanulok Province >> See the attractions of Srisaket Province, the south of Northeastern region, watch the procession of offerings to the great ancestors in the event of Commemoration to Phraya Krai Phakdi, San Doanta Tradition, venerate the city pillar shrine, and taste banana. The event will be held on 16th September, 2017, at the yard in front of Khukhan District Office, Srisaket Province. >> Show the devotion in the Lord Buddha in the Tradition of Um Phra Dam Nam Ceremony. The event will be held on 19th – 23rd September at Petchabura Buddhist Garden, Wat Bote Chana Mara, Petchabun Province. >> Travel to the South with the event of the Nakhon Si Thammarat Tenth Month Merit Making Ceremony, the important ceremony of Southern people. Watch Homlab Procession (donation of food or charitable donations). This event will be held on 16th – 25th September at Srinagarindra Gardens (84), Thung Tha Lat, City Hall, Nakhon Si Thammarat. At the end of September, attend the event of Nara Specialties, Ko Lae Boats, Long Boats, and Yor Kong Boats Race to win the royal trophy in front of the Palace. The event will be held on 21st – 25th September 2017 at the Royal 50th Anniversary Celebration Throne on the side of Tha Phraya Sai Dam, Muaeng District, Narathiwat Province.

Anyone who interested in attending the activities can see the information and news at Call center 1672 and www.tourismthailand.org/thaifest