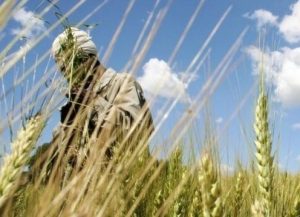 Geneva (Switzerland) – December 25, 2016 (travelindex.com) – Green energy generation has reached a tipping point, the World Economic Forum asserts in an investors handbook released on Thursday. The cost of generating energy through solar and wind sources has dropped to the point of being competitive against coal and natural gas, a paradigm shift which should attract investors worldwide to the renewable sector.

This is one of the findings of the “Renewable Infrastructure Investment Handbook: A Guide for Institutional Investors” released by the World Economic Forum. The handbook analysed data from Open Energy Information, Bloomberg New Energy Finance, S&P Indices and the United National Environmental Programme (UNEP) and other sources on the efficiency and returns of renewable energy investments, and looked at the evolution of both global investments in renewable and the specific cases of some institutions investors.

“Renewable energy has reached a tipping point – it now constitutes the best chance to reverse global warming,” said Michael Drexler, Head of Long Term Investing, Infrastructure and Development at the World Economic Forum. “Solar and wind have just become very competitive, and costs continue to fall. It is not only a commercially viable option, but an outright compelling investment opportunity with long-term, stable, inflation-protected returns.”

The cost of generating electricity from renewable sources is now on par or below that of coal and natural gas, the handbook finds. Just 10 years ago, solar costs would be around $600/MWh, much above the widely-used coal and natural gas sources at $100/MWh. However, solar costs were halved five years later, and compressed again to around $100/MWh today. Wind costs are around $50/MWh.

This tipping point was made possible in great part because of the gains in efficiency achieved, the handbook further explains:
– Solar panel efficiency has jumped from 15% to 22%, research cells have reached 46%, while wind turbine efficiency grew from 25% to 50%
– Combined with economies of scale, solar panel costs compressed 80% since 2009, while wind turbine costs dropped 30% in 3 years

The results of this turning point are already become clear in the market. Indeed,
– Investments in renewable energy capacity in 2015 have for the first time surpassed those in conventional sources. Investments in renewable energy in 2015 were $285.9 billion, a 5% increase from $273 billion the year before, according the United Nations Environmental Programme (UNEP), and representing 53.6% of total added capacity worldwide in 2015, according to Bloomberg New Energy Finance
– Investments in renewable energy happen all over the world, with Asia taking the lead. In earlier years, investments surged globally, with two thirds of investments happening in Europe, Middle East and Africa (EMEA) and the Americas. The growth in the last few years, however, comes mainly from the Asia-Pacific region (APAC), including major countries such as China. APAC now counts for over half of clean energy investments

The handbook also looked at returns of bonds and equity, which confirm the tipping point theory:
– Purely green projects have performed much better than commonly-quoted green bond indices whose composition is frequently distorted by the inclusion of a wide range of companies and projects, a practice known as “green-washing”. For instance, the S&P Green Bond Index has returned -0.5% annually over the last 3 years, while the more appropriate S&P Green Project Bond Index has returned close to 6% annually, the report states
– Equity returns show a similar story, getting to double digits with lower volatility. Before 2013, when renewable technologies were still largely noncompetitive, solar and wind average annual returns were -11% and -6% respectively. After the turning point in technology, returns jumped to 10% and 17%

In the handbook, some investors for the first time explain the business case of their green energy investments. The cases include:
– Windpower investments by Caisse de depot et placement du Quebec (Canada) totaling $2.5 billion. Returns on their major investment, “Invenergy”, total close to $1.5 billion and outshone returns on CDPQ’s infrastructure portfolio
– Solar farm investments by Capricorn Investment Group (USA). The Antelope Valley solar farm company was sold to Berkshire Hathaway in 2012 for $2 billion, and has since issued two bond offerings, yielding 5.375% ($1 billion, 2013) and 3.95% ($325 million, 2015)
– Biomass power plant investments by PensionDanmark of 1.6 billion Danish Krone (approx. $225 million). The power plant’s construction was finished in ahead of schedule

But for green energy to fully live up to its potential as major contributor to combating climate change, investors worldwide will need to adjust further portions of their portfolio to green energy, the handbook asserts, as current investments trends still fall about 60 percent short of what is needed to meet the Paris Accord goals by 2030.